Yoga Teacher: Settle into Ado Mukha Svasnasana and allow your breath to travel up and down the spine as your heels travel towards the ground.

New Yogi/Yogini: WTF is this teacher talking about!?

So you’re new to yoga and you have no idea what’s going on and maybe you’re not new and still have no idea what’s going on. Either way, I’ve been in your shoes. Anyone whose new to the practice is on the same boat. Even to this day, I continue to take workshops and classes because yoga is a continual practice and there’s always something new to learn. That’s part of the reason that I love yoga, it’s a PRACTICE. There is no beginning or ending, there’s no rules on how often or where you should practice. It’s all very personal and there’s always room to grow and add on to your existing knowledge bank.

We’ll be basic here.  In this blog, I’ll define commonly used words and phrases that may come up in a yoga class and provide an example/picture for additional reference.

Like anything you learn in life, things that are new or different from what we’re used to tend to scare us.  Don’t let crazy words scare you away from ever walking through the doors of a yoga studio ever again. Start learning, start practicing and get used to the unfamiliar. Besides, the only way to keep growing through your practice is to get out of the comforts of your world and grow. 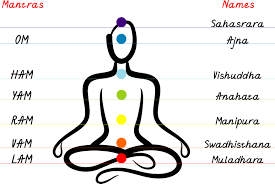 Hello I'm Kaila. I'm a yoga teacher, fitness instructor and travel enthusiast from Orlando. I inspire and teach women how to be the best versions of themselves through mindfulness, movement and play. I cut through the misinformation and provide you with science based practices to help you reach your highest self- MIND, BODY and SOUL. Namaste, Kay. View all posts by Namaste Kay

"You, yourself, as much as anybody in the entire universe, deserve your love and affection. " -Buddha